News
Memories of those who worked at the Simões Factory 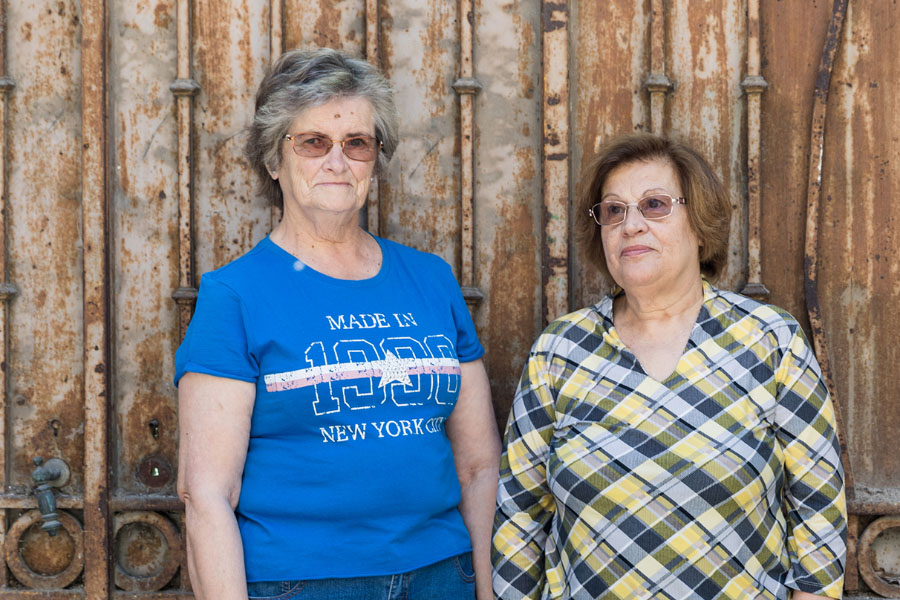 “I often visit Benfica and I always go to stand in the doorway”, Lurdes Seguro “stands there for a while, to enjoy” the memories of the old Simões Factory, a benchmark of industry in Lisbon that was unable to withstand the death of its founder, the transition to democracy and time. “We had a lot of good times. If any of us needed something, others were always there to lend a helping hand. We were a family”. Older employees were referred to as mothers and aunties. When it closed its doors for good in 1987, Celeste Cardoso felt as if she had lost a loved one. “It was really heartbreaking. I cried a lot!”

“The Factory was like a member of the family. I worked there for over 30 years. It was like it was ours, a little bit of everybody!”

Lurdes is 72 years old. Celeste, 73. They’ve been friends for 60 years, although they’ve only met again recently. “It was a real meeting point”, reveals Celeste. They both started working at the Simões Factory at the age of 12. Manufactured textiles left Avenida Gomes Pereira, then known as Rua da Fábrica, in abundance. There were outfits, panties, sheer stockings, socks, pyjamas, nightgowns, shirts… C.D socks, for example. “The factory was visited by many people, but they never went to the men’s socks department. Not even we went there. It was a very well-known brand and people liked it a lot” said Lurdes. “We weren’t allowed to say that the socks were made at the Simões Factory.” Celeste says the same thing: “Even the labels came from abroad”. The orders from American customers were shipped the other way around.

José Simões, one of the founding partners, is still fondly remembered by those who worked at the Factory. When he died in the 60s, he left a sum of money to each employee.

The idea of community created by José Simões reflected in the way he treated the children of workers: not only did he provide a free day care centre opposite the factory, where they bathed the kids every day, but he also dressed them from head to toe at Christmas time. “From underwear to shoes. Suit, tie and bow,” lists Lurdes. “Before that date we had to give details about the age, heights, girths, everything”, added Celeste. Luís Filipe Vieira, the current chairman of Sport Lisboa e Benfica, was one of those kids: “I remember the old Simões Factory very well. My mother worked there for many years. Despite the difficult times we lived through, I have good memories of the factory and the times I played there with other kids. And I also remember that they used to dress me from head to toe when I was a kid”.

Article written in partnership with Time Out magazine.
See the full article at this link.

The information on this website is provided for information purposes only and it is neither contractual nor binding. Similarly, all materials and finishes shown here are subject to possible adjustments/changes, specifically as a result of the development of the design of the building’s architecture and/or special features, as deemed appropriate at any given time.